Essential for manufacturing high-tech products, rare earth metals are in short supply. EU-funded research is investigating how to extract rare earth magnets from electric vehicle motors and recycle them, in a move that could also create jobs in Europe’s materials sector.

Rare earths account for almost a third of the weight of magnets in electric vehicle motors. While this is thought to be their single largest use, they are also needed for camera and telescope lenses, catalytic converters, aircraft engines, welding and glassmaking visors, X-ray and MRI scanners, televisions and computer screens.

Of all raw materials critical to the functioning of Europe’s economy, rare earths are at greatest risk of supply interruption. Were this to happen, the effects would be severe, with many industries hit and major job losses. Long-term supply can only be guaranteed through a combination of large-scale recycling and primary mining from new rare earth mines outside of China.

The EU-funded DEMETER project is developing innovative ways of obtaining rare earths from industrial waste, as well as environmentally friendly methods of extracting them. It is also designing motors in which magnets are arranged so as to make them easier to recycle.

DEMETER comprises 15 different projects carried out by PhD students at institutions around Europe and researchers employed by industrial partners. The results have the potential for rapid application in the circular economy, with life-cycle assessments performed to quantify their environmental impact.

“Although rare earths are, surprisingly, not particularly scarce, they are difficult to refine and take many days to produce as pure elements. Suitable concentrations are only found in ores that have to be mined,” says coordinator Koen Binnemans of the University of Leuven in Belgium.

“The other problem is that deposits aren’t evenly distributed. Roughly 96 % of production is controlled by China. A workable strategy for recycling the huge quantities imported into Europe since the 1980s will have far-reaching economic and social benefits in terms of more skilled jobs in Europe’s materials sector and increased employment security.”

One DEMETER project recycles rare earth magnets by absorption of hydrogen into the material, which makes it crumble into a powder. In others, ionic liquids, which are salts in liquid form that emit no harmful components, are being developed to extract rare earths. Magnet production from recycled materials is being investigated using a process called spark plasma sintering. This allows fast compacting of magnetic powders into dense solids at low temperatures.

New motor designs are based on claws that hold magnets in place during the motor’s lifetime and make them easy to remove afterwards. Industrial partners have already commercialised some of the results for the automotive sector and recycling of iron- and cobalt-based magnets.

A secondments scheme allows DEMETER’s researchers to conduct research and receive training at different institutions. Academic researchers spend time in industry, where they see how their work can influence developments and gain experience of solving real-world problems. Industry-based researchers have spells at universities, where they explore their ideas and use state-of-the-art equipment.

“DEMETER is fundamentally a training network. Researchers are trained in a variety of techniques related to permanent magnets in electric vehicles,” says Binnemans.

“There are summer schools and training on skills such as management, intellectual property rights, writing proposals and scientific articles, communication and entrepreneurship. Every six months, events bring all researchers and supervisors together to exchange findings, describe progress and share experiences of working as part of a network.” 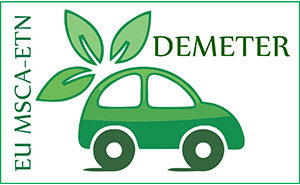