Back in the old days, TVs were heavier, bulkier and hotter (literally), remember? All this thanks to something called cathode ray tube or CRT. Without them, we most probably would not be able to watch our favourite movies or series the way we do today. Now that we are in a new era of display technology, CRTs have been abandoned fast. But their story does not have to end just yet because, well, recycling. In this work by SIM² KU Leuven researchers and published in the Journal Hydrometallurgy a new method is proposed to recover valuable rare earth elements from waste CRT phosphor powder. (MRO, 1/12/2018)

What is a cathode ray tube?

CRT is simply a glass vacuum tube where on one end there is a cathode creating electrons and on the other an anode screen attracting those electrons. The screen is covered with a special fluorescent powder (or CRT phosphor powder) that can light up by the electrons thereby enabling a colorful display. This powder contains a certain compound doped with a special element for production of each main color. Valuable rare earth elements (REEs) are present as yttrium and europium in the red phosphor Y2O2S:Eu3+ (YOS). For the green and blue colors, zinc sulfide (ZnS) based phosphors doped with silver and copper are used. The screen of a CRT device contains on average 7 g of luminescent powder.

Why should we recycle them?

CRT technology was developed several decades ago, vastly used in display units (e.g. TVs and computers) and, like everything else, reached its downfall. Especially after the early 2000s, a new era began when new and more efficient (and fancier) display technologies like liquid crystal display (LCD) or light emitting diode (LED) became popular. This development accelerated the disposal and accumulation of waste electronics containing CRTs. However, such wastes are hazardous when it comes to their landfilling due to toxic elements (e.g. cadmium and lead) present in the CRT structure. This clearly necessitated strict regulations to manage them in several countries but also allowing readily available waste stream for recycling. Even then, it is not possible to fully free the fluorescent powder from the surrounding materials such as glass and aluminium flakes.

How do we recycle the powder?

Because of the sulfidic nature of YOS and ZnS, conventional acid leaching needs an oxidising agent, causes toxic H2S gas formation as well as co-dissolution of lead and other contaminants. In order to avoid these problems, we developed a new recycling flow sheet for these powders where we can target exclusively on YOS and ZnS with no H2S formation or any need for an oxidising agent. First, the fine-sized CRT powder is mixed with zinc sulfate monohydrate (ZnSO4.H2O or ZSMH). Next, the mixture is roasted to convert Y2O2S:Eu3+ into sulfates. Finally, europium and yttrium are dissolved by water leaching. High roasting temperatures are avoided to enable easier dissolution of valuable zinc from the zinc-rich leaching residue. ZSMH does not contaminate the system with other metals and it can be recovered by electrolysis as metallic zinc. With this methodology we recovered about 95 % of Y and Eu and minimised the total zinc dissolution to about 5 %. To further purify the solution from zinc, we tested several methods:

There is certainly still room to investigate this work. 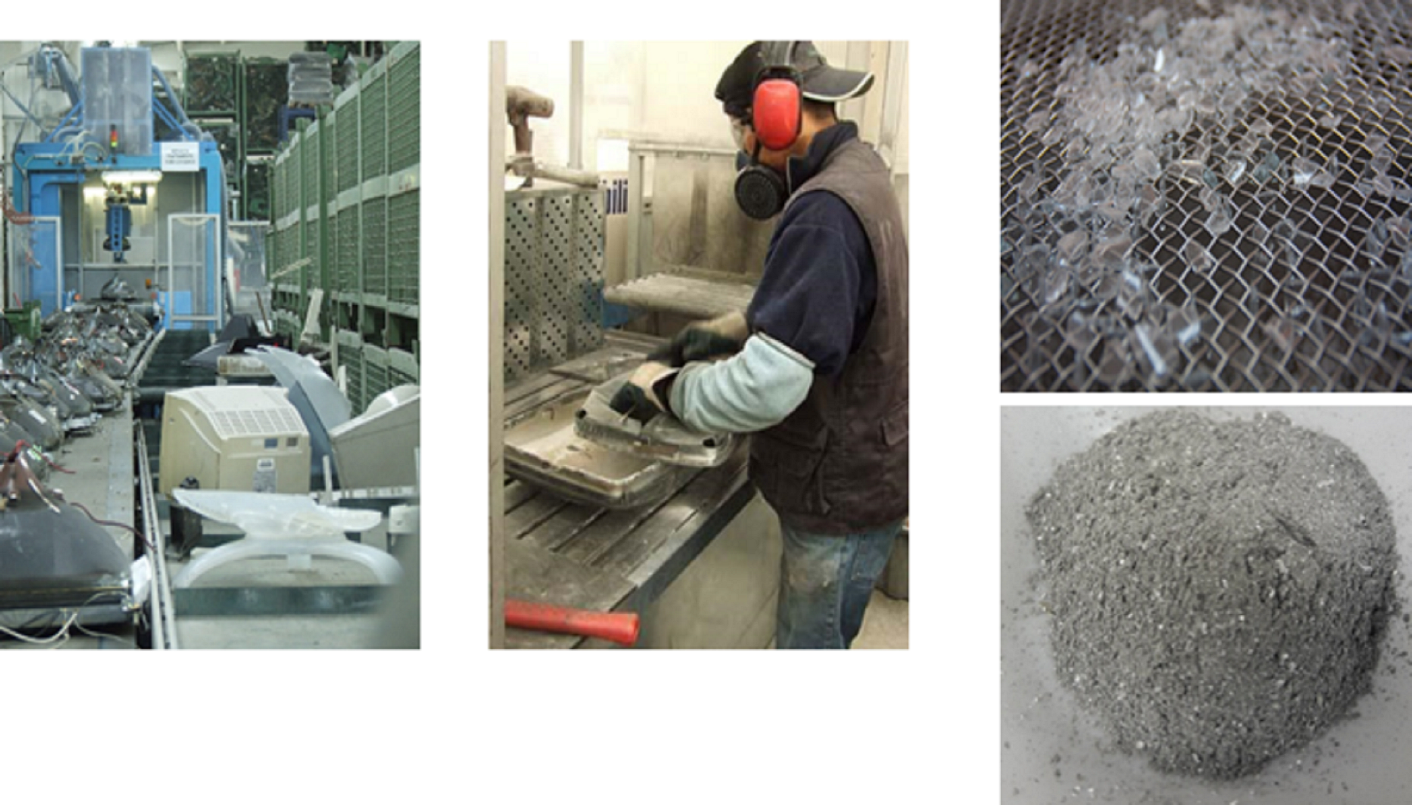 Full reference of the paper

Mehmet Ali Recai ÖNAL joined the group of Prof. Binnemans in 2017 for his post-doctoral studies after obtaining his PhD degree in Materials Engineering (MTM) of KU Leuven the same year. His mission is to develop and perform new, efficient and environmentally-friendly flow sheets on urban wastes and ores for valuable metal recovery. His interests include material characterisation, hydrometallurgy, pyrometallurgy and solvometallurgy or their combinations.